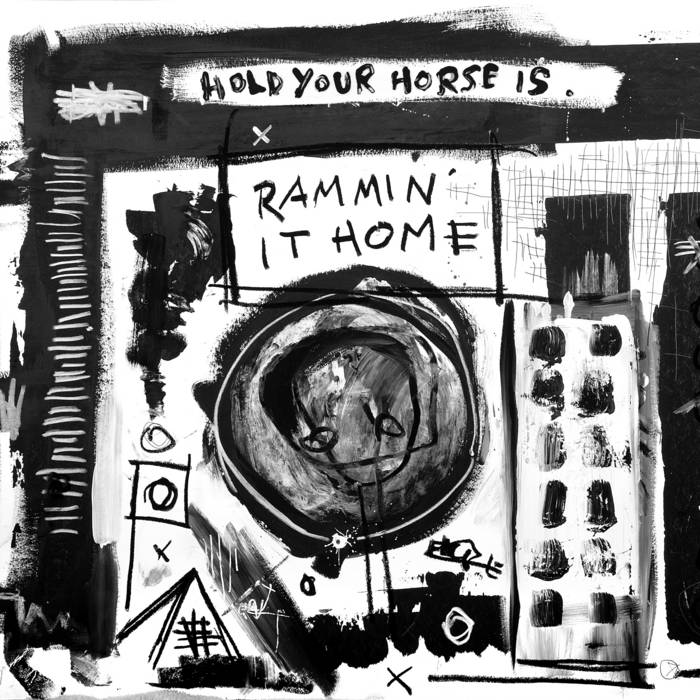 Anton Engdahl YEAH! This is what rock music should sound like. Robin Pearson's guitar tone is unique, and sounds killer. Favorite track: Casual.

ALTER THE PRESS
Clocking in at less than 30 minutes long this EP could feel like it has raced past you, but with the amount of catchy choruses and effortlessly crafted riffs it’s not exactly easy to forget. If you like your music fast, fun and erratically energetic then you’d be a fool to let this gem evade your ears. 4/5

SUBBACULTCHA
Hold Your Horse Is; the best thing ever to come out of Fleet (or Frimley, train code, FML). Right from the word go, the three-piece’s new EP, ‘Rammin’ It Home’, leaves you in no doubt that this lot are a band to watch; catchy, abrasive, and chock full of riffs, there’s simply no wasted time here. 8/10

THE 405
This is a great EP with a lot of different stuff going through it from full on punk rock moments to big tasty math rock riffery along with their use of dynamics from subtle crescendos, sudden drops and explosions of sound. All this tied in with some great catchy melodies and sing along choruses makes this for me a great record. 8/10

ARTROCKER
YesYesYesYes. Fucking Yes. Forget all this review speak.. this band are rapidly approaching the throne of one of the best alternative bands around.

SOUND ALARM
There are just too many good things to say about Rammin’ It Home. 10/10

ROOM THIRTEEN
Another solid collection of heavy alt-rock tracks from Hold Your Horse Is... really good stuff, a little reminiscent of yourcodenameis:milo at times. 11/13

TASTYFANZINE
It doesn’t take long into Hold Your Horse Is’ new EP ‘Rammin’ It Home’ to get an idea of what this band are all about: This post-hardcore group from Frimley and Fleet are aggressive, fast paced and very heavy. Switching tempos and time signatures to keep you guessing where they might go next, they are riff heavy right from the start. 8/10

SOURCE MAGAZINE
Their first release on cult label Big Scary Monsters shows that the band can be just as raw and energetic on record as they are onstage. Opener You Show Up is an anthem in the making: a tense build-up breaks out darkly catchy riffs, driving bass lines and shattering drums. Their live hit Mackerel Jason translates well onto record. In short, a well-produced record, even those who wouldn't call themselves post-rock/hardcore fans may just be won over by this lot.

ONE BEAT
Bouncy, choppy and downright awesome - this EP is well worth your time. 9/10

EXPLODING IN SOUND
There’s no question about this, if you like good music you should have this record in your life. 5/5

NEVER ENOUGH NOTES
Dig your spurs in and hold on, Hold Your Horse Is – a three piece hailing from the south-east of England, buck and thrust like a pissed-off cow someone just tried to saddle up. This is indie that took a wrong turn in the wardrobe and stumbled into the middle of a hard rock post-hardcore festival in Narnia. To try and shoehorn them into any one genre feels almost impossible, so I won’t. 8/10

THE MAD MACKEREL
...six tracks of pulsating, frantic, hardcore rock’n'roll – one to blow the cobwebs away, and probably your brains with it.

GILL MILLS - BEST OF MYSPACE
A rude awakening to any of you napping out there – this band sound HUGE, their riffs are HUGE and we hope they too, will be HUGE. That is all.