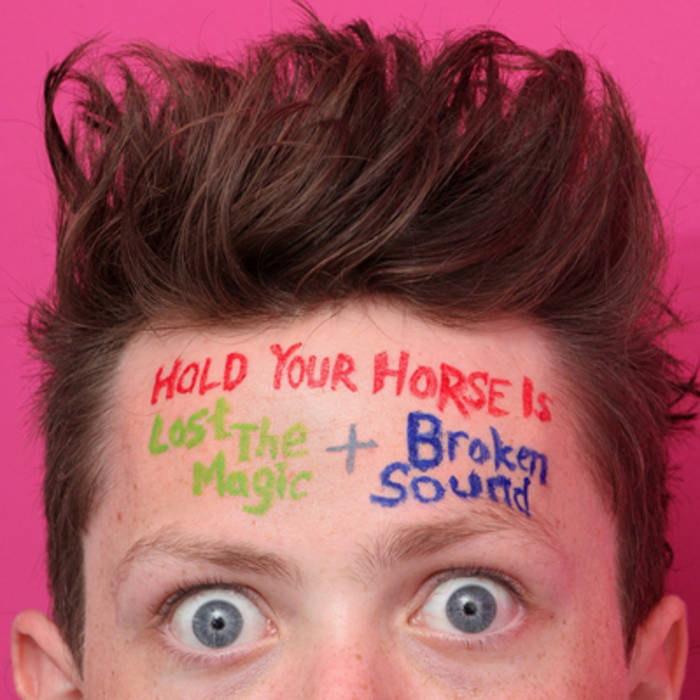 Buy here for however much you want.

'Broken Sound' is available for free download from www.hyhi.co.uk

ARTROCKER
Speaky 'Art Brut'-esque bits. Rough, sloppy arrogance in the vein of 'Shooting At Unarmed Men'. Dark, quick-paced riffs that would sound at home with 'yourcodenameis:milo' and the edge that Biffy Clyro had back before they became everyone's favourite band – and you have Hold Your Horse Is. It's pretty good, if you couldn't tell.

TASTYFANZINE
What an attitude ridden perky little treat this is. This noisy three-piece crank out a nice jerky post punky guitar based angular sounding row. There are multiple time changes but also a really good combination of crunching power chords with mathy little riffs that don't sound metally but don't sound too trendy agit-pop either. Much to look forward to here I think.

ROOM THIRTEEN
"Two promising DIY tracks from this young English band with a jagged, quirky, post-hardcore edge. The basis of their sound seems to draw on the history of post-hardcore taking in the fuzzy 90s American sound heard from Jawbox and the very British melodic heaviness of naughties bands like Million Dead, then they add an extra layer of quirky, jagged guitar so that we end up somewhere between Minus The Bear, Million Dead and These Arms Are Snakes. Both tracks are really solid; ‘Lost The Magic’ chugs in with immediately heavy beats and off kilter guitars but also has a great melody and ‘Broken Sound’ turns the awkward rhythm of the beginning into the base for a super catchy but nicely thunderous tune. Two cracking tunes, hopefully we'll be hearing more from this lot very soon." 11/13

PUNKSCENE
...is a post-hardcore/alt-rock combo with convulsing, throbbing riffs and vocals that are jabbed into the music like a stanley knife into a shaken-up can of ginger beer, each line fizzing with a bitterness of self belief and energy. It’s nice to hear this kind of music done without too many over-the-top and pretentious lyrics and song titles. In fact, it’s precisely because Hold Your Horse Is stick to some more standard song structures that makes them quite accessible in that respect. There’s the occasional breakout into a quiet, non-distorted build-up or a dark disco beat (!) that keeps the sound from being stale.

ORGAN ART
Full of bluster, full of energy and a whole host of (mostly) US alternative/indie and flavours that are running alongside a slightly awkward, positively jarring English post-hardcore/indie feel. They kind of sound like a lot of things, they’re a reasonable snapshot of the last five years in terms of small band in a transit van indie/alternative post hardcore Southern England. You’ll find it all there bundled up in two stridently energetic, positively busy, reasonably decent songs. They sound like a lot of busy blustery post-hardcore flavoured punky indie mathy Southern English bands... Decent early moves, decent new band, we look forward to developments, there’s something good possibly brewing up here...